Why do people stress about the right insect repellent? Well, it is mainly because of the threatening insect-borne diseases that affect the human and animal populations. These diseases may be transmitted by flies, ticks, and even mosquitoes. As a responsible parent or loved one, you are required to find the right insect repellent, potent enough to keep yourself and your family safe.

Insect repellents are vital in preventing insect bites and insect-borne pathogens. The most widely used repellents are permethrin for clothes and DEET (N,N-diethyl-3-methylbenzamide) for the exposed parts of the skin. These two products are considered safe if they are used per the directions indicated on their labels. Other known plant-derived repellents are weaker. They have a short-lived effect as repellents.

Vector-borne diseases that are infectious should be prevented at all costs. Whether it is synthetic or natural, insect repellents are formulated to cause arthropods to make oriented actions away from the repellent source. With the help of these products, we can go to various places infested with diseases and their insect vectors.

Because over a million people all over the world die annually from mosquito-borne ailments, you need to acquire effective repellents. Insect repellents ward off gnats, mosquitoes, ticks, and other bugs that deliver diseases. They are effective and safe products that help prevent diseases that are transmitted by insects.

Biting insects are attracted to humans because of the carbon dioxide in their breath and their skin odors. The insect repellents are only effective in protecting the exposed skin area or the area close to the surface of the skin. It works by making humans unappetizing or unattractive to biting insects. They do not kill the insects. Higher concentrations of repellent are more potent than lower concentrations.

Proper use of repellents is important. You should only use it on exposed areas of the skin, when you go outside. If you plan on wearing long sleeves and long pants, do not apply mosquito repellent on your skin anymore. The repellent will not have the chance to evaporate and be sensed by the mosquitoes. They will still bite you. If you want to wear treated clothes, wear those that are treated with permethrin. If you are not bitten with the first application of the repellent, you do not have to apply more repellent anymore.

It is always vital to follow instructions indicated on the package label of the repellent you chose. The moment you return indoors, wash the affected are with soap and water. Remember not to apply repellent on irritated or wounded areas. If you want to apply mosquito repellent on your skin, put some on your hands first. Then, apply it around your mucous areas such as your eyes and mouth.

When you shop for a repellent, choose one that can protect you throughout your stay outdoors. Swimming and sweating decreases the effectiveness of the repellent. You need to re-apply the repellent for optimum protection. To avoid accidental ingestion or irritation in kids, do not apply repellents on their hands.

Choosing to wear long sleeves and long pants instead of using repellents can only protect you for a short period. Wearing permethrin or DEET treated clothes can protect you better. Take note that DEET stains, so permethrin is the better option. Do not apply permethrin on your skin.

The common side effects of mosquito repellents are eye irritation and allergic skin reactions. If you feel that you are experiencing adverse effects from using your repellent, stop using the product, wash your skin with soap and water, and seek emergency medical attention. Bring the repellent with you when you visit your doctor.

As you may already know, DEET is the most widely used repellent because of its effectiveness against biting flies, mosquitoes, fleas, ticks, and chiggers. Through the years, there have been reports of adverse effects from using DEET. A few of them reported effects in girls ages seventeen months to eight years. They all manifested seizures, behavioral changes, encephalopathy, ataxia, and a coma. Three of these six girls eventually died. There were also reported irritability insomnia, and confusion in those who use DEET on a long-term basis.

DEET is a potent repellent against biting flies, ticks, fleas, chiggers, and mosquitoes. You can avail of DEET with concentrations raging from five to a hundred, yet concentrations of DEET that go above 30% do not provide more protection. A product that has 34% DEET provides six to twelve hours of protection. You can avail of DEET in the form of watch crystals, synthetic fibers, and certain types of plastic.

CDC has declared DEET to be safe for infants older than two months and children. You should keep children from ingesting repellents. Also, make certain that they are not exposed to it excessively. When this happens, mild irritation, itching, skin eruptions, and rashes manifest.

DEET is still the standard ingredient in insect repellents. This was discovered by the scientists of the US Department of agriculture. It was patented in 1946 by the US Army. In 1957, it was registered for public use. DEET is available in many forms (extended release products, lotions, creams, and sprays.

When you apply DEET on your skin, an estimate of 10 – 15% of each dosage seep out into the urine. The solvent used in making the repellent may be causing this enhanced absorption. Ethanol was found to enhance DEET’s permeation.

Absorption of DEET into the Human Body

DEET was found to enter the systemic circulation through the skin. About ten to fifteen percent of it was detected in the urine. Lower percentages of absorption, result in about 5.6 to 8.4% DEET in the urine. The product you should choose are those that have low concentration of DEET, yet provide longer lasting protection against mosquitoes.

DEET has been used by consumers for at least 40 years. Though it is generally safe, there have been reports of people experiencing adverse reactions from using it. Accidental exposure was the usual culprit. Toxic encephalopathy is a rare case that results from prolonged application or ingestion of DEET products. The adverse reactions from using DEET are muscle incoordination, headache, behavioral changes, nausea, irritability, disorientation, confusion, convulsions, difficulty in sleeping, and even death. These usually come after using DEET the improper way.

Once you use DEET products the proper way, they are considered safe. Just follow the guidelines set by the EPA (Environmental Protection Agency) and the possibility of DEET toxicity will be reduced greatly. It is rare when DEET needs to be in high concentrations upon use. About 10 to 35% of DEET can already give you sufficient protection under any given condition. Lower concentrations of DEET are often required for children. As set by the AAC (American Academy of Pediatrics), children should only use a maximum DEET percentage of 10%.

DEET can repel insects that may carry diseases such as the Zika virus. The CDC receives numerous reports about these diseases on an annual basis. The diseases cause detrimental health problems and even death. CDC recommends the use of repellents when in areas where these diseases are active. DEET can repel ticks for about 2 to 10 hours. It can also ward off mosquitoes from 2 to 12 hours (depends on the percentage of DEET).

If you are using pump sprays and aerosol forms of DEET products, spray the product on your hand first before applying it on your face. Always remember not to spray DEET products in enclosed areas.

IR3535, also known as 3-[N-Butyl-N-Acetyl]-aminoprpionic acid, ethyl ester, was first developed by the established Merck & Co., Inc during the mid-70s. After this, IR353 has been utilized in Europe for at least twenty years. In 1999, IR3535 was registered in the United States. IR3535 has been known to damage plastic products and cause eye irritation. It can also cause other problems in safety. According to Consumer Reports, IR3535 performs as well as DEET in repelling Culex species of mosquitoes and deer ticks, thus preventing the spread of the West Nile Virus. It is a good alternative to DEET, which often causes harmful adverse effects.

Insect Repellent 3535 or IR3535 is a synthetic product. Its chemical name is ethyl N-acetyl-N-butyl-ß-alaninate. It disrupts the insect’s sense of smell. It is known to have a similar structure as that of β-alanine, which is a beta amino acid and a component of vitamin B5 or pantothenic acid. For 30 years, it has been used in Europe and during this time, it has established a flawless safety record. During the outbreak of the chikungunya, it has been recommended for children and pregnant women by the French Ministry of Health. The CDC also recommends it for protection against Aedes species of mosquitoes, which cause Zika.

IR3535 is potent in repelling biting flies, mosquitoes, and deer ticks. The insect repellents that have IR3535 gives you a good feeling on your skin. It is one of the positive points in using this product. This repellent shows the same effectiveness as DEET. It shields against mosquitoes, but it is still gentle to insects and to your skin.

The effectiveness of IR3535 against mosquitoes has been tested in three distinct formulations against Aedes, Culex, and Anopheles mosquitoes. The IR3535 was used as pump spray, aerosol (20% IR3535), and lotion (10% IR3535). These IR3535 products have the approval of the EPA in the United States. It gives you about eight hours. Studies show that IR3535 is still effective even in low concentrations. Eight hours is a long period of protection against every mosquito including Aedes, which causes Zika. 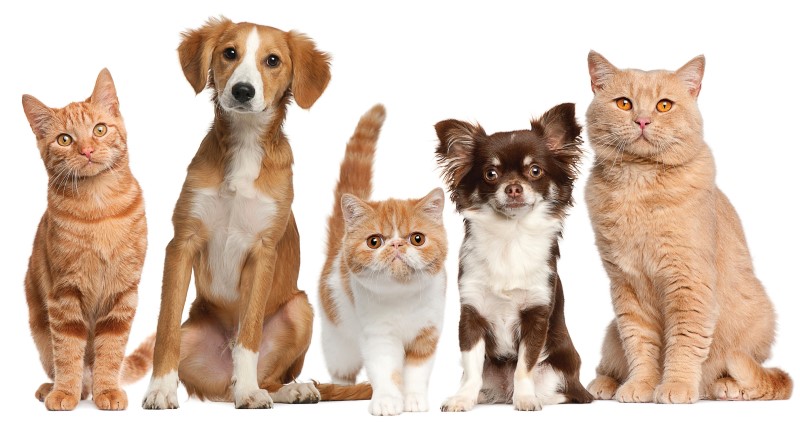 If you share your home with pets, you know that they are family. Every family member needs protection against harm and in this case, protection against insects that cause diseases. Just like you, your pets should remain safe inside and outside your home. IR3535 repels insects such ticks, flies, mosquitoes, and fleas, which are attracted to horses, dogs, and cats. They cause the West Nile Virus, Lyme disease, and heartworms. Below are the hazardous insects harmful to your pets and are targeted by IR3535:

Both humans and animals need optimal protection against disease causing insects such as mosquitoes. Zika should be prevented and using repellents is the primary mode of protection. DEET is more toxic than IR3535. Because of its adverse effects, it is better and safer for you to use IR3535, considering it is as potent in keeping away mosquitoes as DEET.

Beach, beach and more beach. I love the outdoors but hate bugs! Did I mention that I love the beach? Anyway, I hope you enjoy my posts as much as I enjoyed creating the, And, I truly hope that my putting pen-to-paper helps keep you 'insect bite free' this season. In the meantime, back to the BEACH!