The battle against Zika takes awareness and the willingness to eliminate and avoid it. Prevention is the best way to erase Zika from your list of insect-borne diseases such as dengue and malaria. The main means to acquire Zika is a dreaded mosquito bite. Because of this, many communities are striving to keep their homes and work areas free from mosquitoes and other blood-sucking insects. Preventing mosquito bites involves using repellents. DEET and Permethrin are the two most widely-used mosquito repellents on a global scale. Which should you use?

Zika causes microcephaly in unborn babies. Microcephaly is a defect manifested by a head smaller than that of a normal baby’s. Babies diagnosed with microcephaly also have smaller brains, which might be underdeveloped. Microcephaly starts during pregnancy. In this condition, the fetus’ brain does not continue to develop after the baby is born.

The congenital Zika syndrome is a collection of birth defects among babies and fetuses with the Zika virus while they were still in the womb. Here are the features of the Zika syndrome:

Some infants that have congenital Zika are expected to have all these issues. Others who do not have microcephaly at the moment of their birth, may experience postnatal microcephaly and delayed growth of the head. Scientists still study how Zika affects children and their mothers, so that they can understand the potential problems that Zika may cause during pregnancy.

When it comes to future pregnancies, women who have Zika but are not pregnant are not at risk for having birth defects after this virus has cleared from their systems. Enough evidence proves this. Once a person has been infected with Zika, he or she gains immunity from Zika in the future.

GBS or Guillain-Barré syndrome is not a common condition of the nervous system. When you have this, your immune system destroys your nerve cells. Thus, you experience muscle weakness and paralysis. Current studies conducted by the CDC (Center for Disease Control) suggest that GBS is associated with Zika. Even so, only a small percentage of people who have just recovered from Zika acquire GBS. Recently, several countries have reported an increase in GBS cases after their Zika outbreaks.

Symptoms of GBS include weakness in the legs and arms. This affects the breathing muscles in severe cases. The given GBS symptoms can last just a few weeks or even several months. Most people who suffer from GBS fully recover from it. Some experience permanent effects. There are only a few fatalities from GBS. 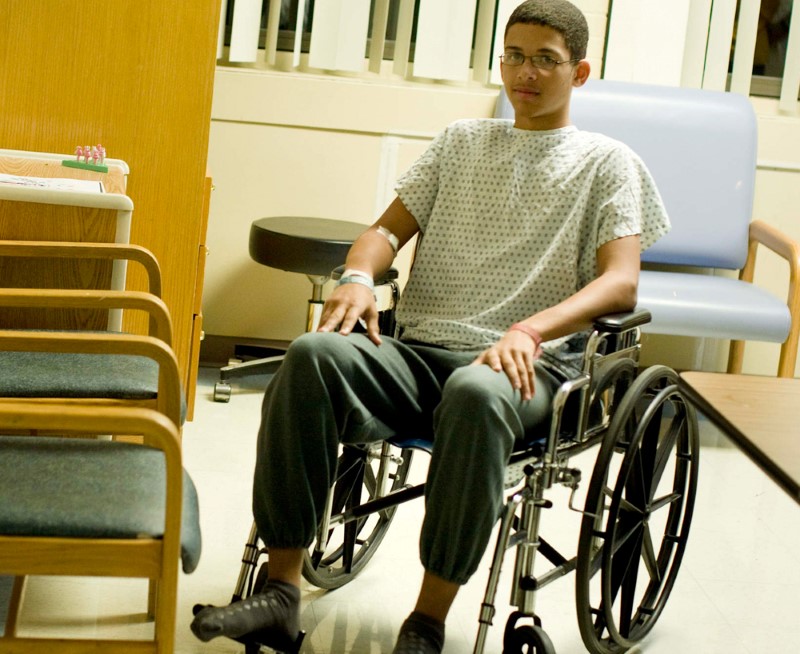 DEET, also known as diethyltoluamide or N,N-Diethyl-meta-toluamide, is the most coon standard active ingredient in most insect repellents. It is pale yellow and is formulated to be applied to clothing and skin. It protects against biting insects such as leeches, fleas, ticks, chiggers, and mosquitoes.

In 1944, DEET was developed by the United States Department of Agriculture’s Samuel Gertler for the US Army. DEET was meant to help them during their jungle battles in WWII. Farm fields were the test areas for DEET. The military started to use the repellent ingredient in 1946. DEET started to become available in 1957.

DEET was originally known as “bug juice”, which was made of ethanol and 75% DEET. The newly developed DEET consists of polymers and DEET that extend its release and reduce its rate of evaporation. In 1991, the extended release formulation was registered under EPA.

It was believed that DEET works by blocking the biting insect’s olfactory receptors that detect l-octen-3-ol, which is a substance found in human breath and human sweat. Yet, it doesn’t seem to inhibit an insect’s ability to detect carbon dioxide.

Recent evidence explains that DEET is, indeed an effective repellent against mosquitoes, which dislike its smell very much. The olfactory receptor neuron in a mosquito’s antennal sensilla is activated by this repellent ingredient as well as linalool, thujone, and eucalyptol.

Manufacturers caution users that DEET products should not be applied under your clothes and on broken or damaged skin. You should make sure that you wash the DEET product off your skin when you do not need it anymore or in between repellent applications. Take note that DEET can be irritating to the skin. You can also experience headaches, difficulty in breathing, and burning eyes. The US EPA (Environmental Protection Agency) reported about 14 to 46 cases of possible seizures and fatalities associated with DEET. According to Cornell University’s Pesticide Information Project of Cooperative Extension Offices, the employees of Everglades National Park who have been exposed extensively to DEET experiences impaired cognitive function, insomnia, and mood disturbances.

When you use 10 to 30% DEET the proper way, it is safe for children and adults. This is information from the American Academy of Pediatrics. The Academy also says that DEET should not be applied on the skin of infants below two months of age. DEET can strengthen the toxic effects of carbamate insecticides (acetylcholinesterase inhibitors). This means that DEET’s olfactory effects are enhanced by its neurological effects on blood sucking insects.

Detection of DEET in Bodily Fluids

Effects of DEET on Various Materials

It is known that DEET is a potent solvent. It can dissolve synthetic fabrics (plastics, spandex, and rayon) and some crystals used in making watches. It can also dissolve varnished or painted surfaces, which include nail polish.

DEET has the following benefits:

Pesticides are all required by FIFRA to be used based on the approved label. The CDC says that products with DEET should be used per directions. It is not considered harmful at all, but in rare occasions, it can cause skin irritation. To be certain that you are using DEET products properly, here are some tips:

Permethrin is sold as both an insecticide and medication. It is an effective treatment for lice and scabies. For topical application, you can use permethrin as lotion or cream. For repelling insects, you can spray it on mosquito nets and clothing. When insects touch the surface of the nets and clothing, they die easily.

Permethrin’s side effects are irritation of the skin area. Rashes may appear. You can use it on people above two months of age. Permethrin belongs to the pyrethroid group of medications in the market. It disrupts the neurons of scabies and lice.

1.As an insecticide, permethrin is used as the following:

2.As an insect screen or insect repellent

Side Effects and Safety of Permethrin

Like other repellents, permethrin can cause burning and mild irritation of the skin. Not all of permethrin is absorbed through the skin. It is categorized as safe to use in children above two months of age and in adults. As a substance assigned as Pregnancy Category B, permethrin does not affect fertility of is not teratogenic. Though it is unknown if permethrin passes through breastmilk, pregnant mothers are advised to stop breastfeeding during permethrin treatment.

If you are exposed excessively to permethrin, you may experience muscle weakness, seizures, shortness of breath, headaches, nausea, and excessive salivation. Measurement of the urinary metabolites is used to monitor employee exposure to permethrin. Severe overdose from permethrin can be measured through blood plasma or serum analysis.

Permethrin does not cause immunotoxicity or genotoxicity in farm animals and humans, yet the EPA classified it as a possible carcinogen. This conclusion is based on the animal studies performed on mice, which developed tumors in the liver and lungs when they were fed by permethrin.

The liver is the site of permethrin metabolism. It is where its oxidation through the cytochrome P450 system occurs. It is also where it is hydrolyzed into metabolites. Through urinary excretion, the metabolites are eliminated from the body. 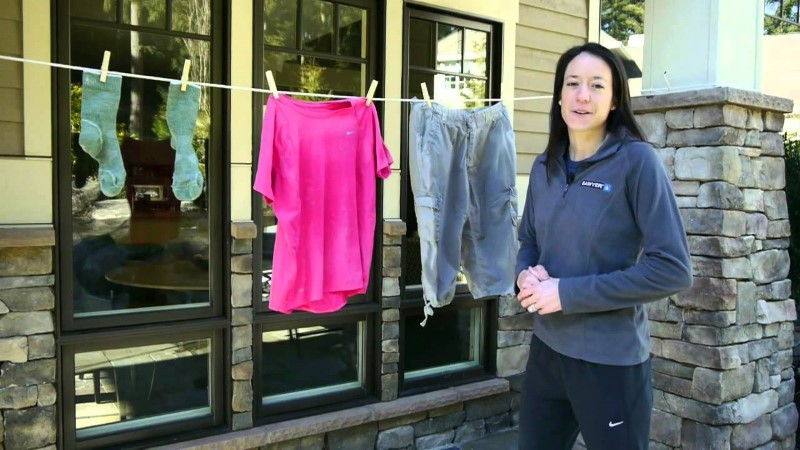 Permethrin can be found in the form of sprays, liquids, dusts, powders, treated clothing, and aerosol solutions. It is also found in flea collars, spot-on treatments for dogs, and cattle ear tags. At present, there are about 1,400 products that contain permethrin. Some of these registered products treat head lice and scabies in humans. The U.S. FDA (Food and Drug Administration regulate the said products.

Once insects touch or eat permethrin, their nervous system is affected greatly. Permethrin causes muscle paralysis, muscle spasms, and, eventually, death. This substance is highly toxic to insects that to dogs or people. The reason behind this is that insects cannot break permethrin down as quickly as dogs and humans. Permethrin is also toxic to cats because their bodies take a longer time to metabolize it.

If you are torn between DEET and permethrin, just consider the harmful effects of DEET. Permethrin is better because it has no side effects that are as detrimental as those of DEET. Talk to your healthcare provider about DEET and permethrin, so that you can make the best choice of repellent for you and your family.

Beach, beach and more beach. I love the outdoors but hate bugs! Did I mention that I love the beach? Anyway, I hope you enjoy my posts as much as I enjoyed creating the, And, I truly hope that my putting pen-to-paper helps keep you 'insect bite free' this season. In the meantime, back to the BEACH!